О нас Кейсы Контакты   En
Within the campaign 1 RUB from each Cheetos Pizza Snacks Pack goes to animal shelters: Nika, Ray and Lapadruzhby. Apart from that, participants can register on charity.cheetos.ru and choose a desirable way to take part in the charitable initiative. In this regard, cooperation with Dream Team House became an essential part of this campaign.

We presented the Offer a Friendly Paw Charitable Campaign. It was inspired by a simple though ambitious goal — to show an easy way to help animal shelters. This project was a part of a socially oriented business development program by PepsiCo.

Cheetos is represented by its mascot, Chester the Cheetah, a colorful entertaining character well-liked by both adults and children. Cheetos has been produced in the USA since 1948, and in 1996 it entered the Russian market. Cheetos corn snacks come in a variety of flavors and shapes. In Russia, Cheetos snacks are represented by two lines — cheese, ketchup, sour cream & onion, hot dog & pizza flavored snacks, as well as Cheetos Crunchos Sweet Chili and Ham & Cheese.
Next case

The Offer a Friendly Paw Charitable Campaign by Cheetos 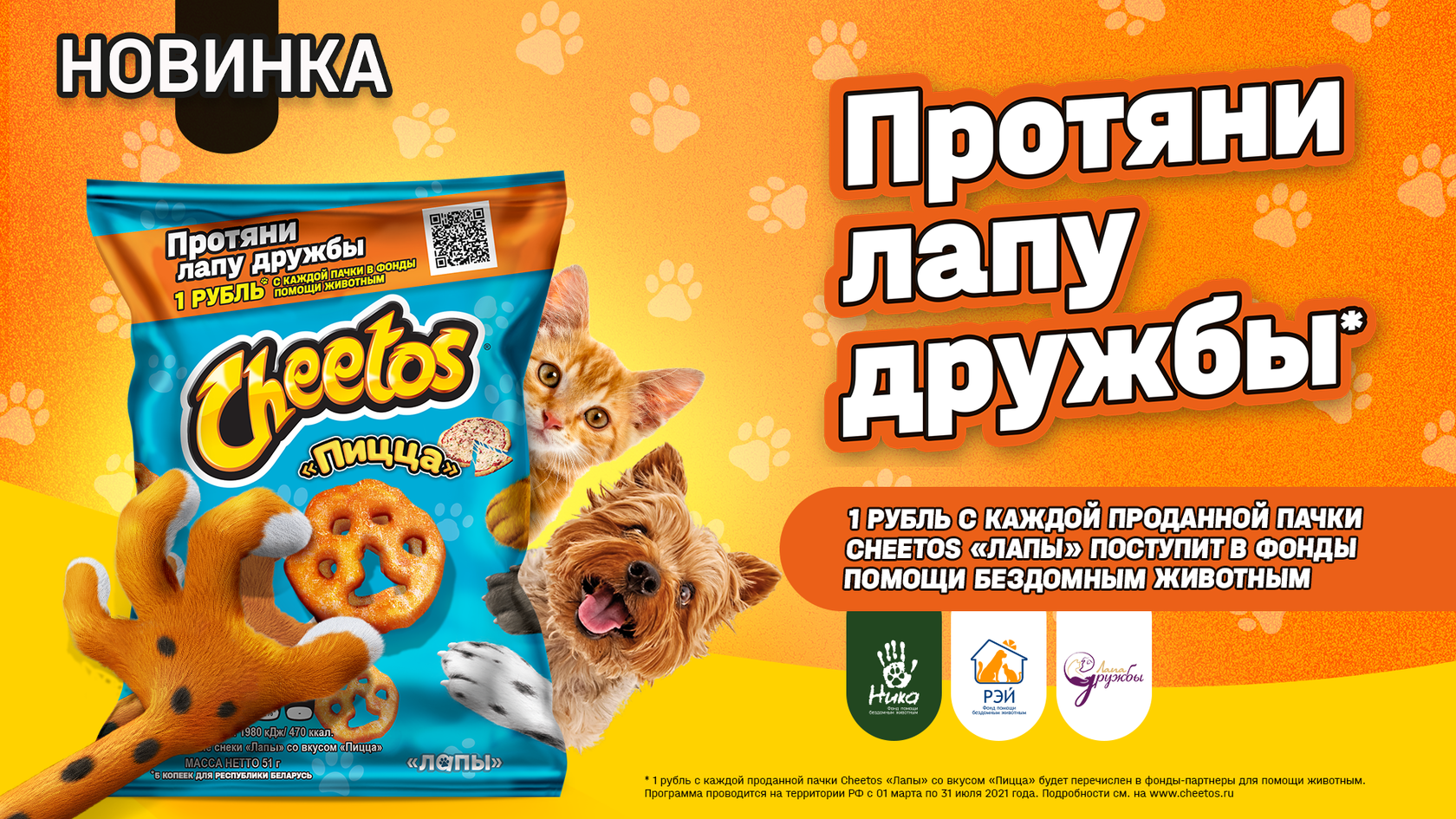